Business remains within the family 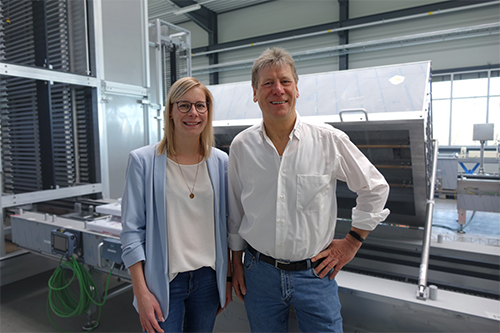 With Jessica Runkel, the next generation is becoming a member of the executive board at   Winkler und Dünnebier Süßwarenmaschinen GmbH (WDS) and Maschinenbau Runkel GmbH.

Tradition, so it is said, is not preserving the ashes but passing on the flame. A saying that sounds a bit old-fashioned, but concerning a company succession, it is precisely this transfer that is decisive. Nowadays, here in Rengsdorf, the continued existence of both companies is assured. Jessica Runkel, one of the two daughters of the owner Rainer Runkel, becomes managing director together with her father. The two daughters, Jessica and Vanessa Runkel, have been firmly anchored in the company since childhood, so it was clear from an early age that the business would remain within the family.